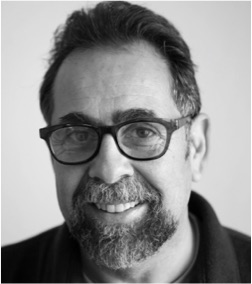 Eric holds a Masters of Arts in Film Studies from Sonoma State University and is a professor of screenwriting at Santa Rosa Junior College.  He was recently named a Djerassi Screenwriting Fellowship finalist by the San Francisco Film Society.  Eric is also the author of four novels including the utopian satire, Cosmic Fever.